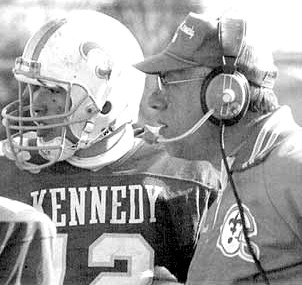 the word that first comes to mind when thinking of Bockrath, the late football

coach at Archbishop Kennedy High and Kennedy-Kenrick High. There is possibly no

coach to come out of Montgomery County who garnered that same level of respect.

teaching and coaching position opened at Archbishop Kennedy High in

Conshohocken. For the next 21 years Bockrath worked to build a respected

football program at the tiny school. His career record of 124-82-6 included 10

over the reigns at Kennedy-Kenrick High, after the merger and unified the two

schools quickly. His football teams finished undefeated in 1993 and 1995.

Despite is love for the school, his success caused his former college to come

College. Unfortunately, he never got to live out the last part of his coaching 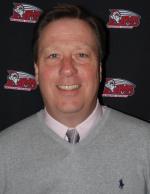 in terms of achievement. After a seven-year stint at DeSales University in

Allentown, where his women’s basketball team was a three-time NAIA District 19

found his true home at Philadelphia University (then Textile University). He

times his team qualified for a post-season tournament. His teams won two ECAC

championships and has been a 10-time ECAC finalist. In 1993 Shirley was named

the AWSF Division II National Coach of the Year. Also that year he was named the

Converse District Coach of the Year. Shrley is a member of the De Sales 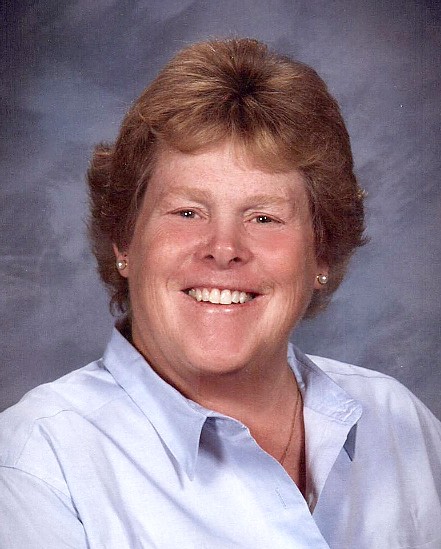 that has spread its roots and lives to other programs across the country. And

all of this was done in a program that had absolutely no history of success, nor

winning tradition, before her arrival. Clipsham won her first of two state

AAA title while giving up only two goals all season, guided the Warriors to the

Clipsham who then retired. She finished with 99 losses and 27 ties. Clipsham,

titles, consistently sent student-athletes to the Division I level and is most

proud of the 100 percent graduation rate of those players. “That’s really what

I’m most proud of,” said Clipsham, who taught Social Studies at Methacton until

her retirement in 2005. Most notable among the scholar athletes was Sam Salvia,

Dominion University and was a Rhodes Scholar The list of outstanding all-state,

lineup. Clipsham also made a name for herself beyond the scholastic level,

coaching at the 1989 Junior Olympics and 1992 Olympic Festival, both in San

Antonio, Texas. She also coached in the Future’s Program, the Keystone State

games and has been a guest speaker at many prestigious coaching clinics. 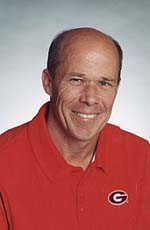 to mind. That’s because, under Jack Bauerle’s direction since 1979, the Lady

times. His teams have recorded 20 Top-10 national finishes, including 15

finishes in the Top-5. Add seven SEC championships and it quickly becomes

evident that Bauerle knows what he is doing around water. The hierarchy at

Georgia quickly noticed that and, after four years at the helm of the women,

they added the men’s team to Bauerle’s list of duties. All he did was add

another 16 Top-15 finishes to his record. Over the years he has coached 133

women’s coaching prowess, Bauerle was named the NCAA Coach of the Year five

times. On the men’s side he is the two-time SEC Coach of the Year.

Internationally, Bauerle served as the United States Olympic Coach in 2008. He

also has served as the 2000 United States Assistant Olympic Coach. Add in

the highest level of coaching. Bauerle was born in Glenside and is a graduate of 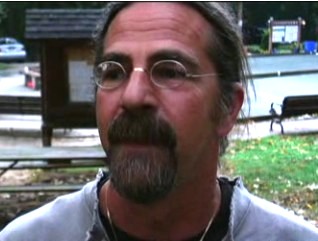 Fusco – David Fusco was the driving forcee behind the burgeoning

game, as well as organizing leagues, he turned to charity activities. He

introduced bocce to the Special Olympic program, as well as being involved in

Making Strides against Breast Cancer, PAL Day and volunteering at the Norristown

State Hospital. More than 600 credit their involvement in the game of bocce to

Fusco and bocce facilities have been built in communities throughout Montgomery

longtime work with CYO teams in West Conshohocken. He coached for 43 years, with

grade schools. His main concentration was basketball but he also coached the

West Conshohocken Raiders 80-pound football team for five years. For one year he

softball and volleyball since 1977. She laid the groundwork for many girls to

pursue high school and college athletic careers. She follows a tradition of

volunteerism, as her father, the late Charles McPherson, was named to the

years of volunteering. Through tenures in Bridgeport Recreation, Plymouth Little

solid reputation with generations of athletes and is known simply as “Coach.” 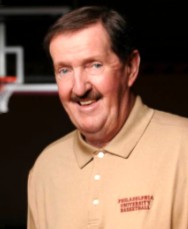 the helm of the Philadelphia University men’s basketball program. Magee, a

member of the Naismith Memorial Basketball Hall of Fame Class of 2011, became

the number one, all-time Division II men’s basketball coach in NCAA history on

February 1, 2007, when he earned his 829th win against Wilmington College,

record with his 903rd win on February 23. Previously he passed former Kentucky

includes 922 career coaching victories with all wins in the NCAA. A two-time

All-America selection as a player with the Rams, Magee finished his career as

the school’s all-time leading scorer with 2,235 points. While he has since been

Bucky Harris. Following graduation, Magee was drafted by the Boston Celtics with

the 62nd pick of the 1963 NBA draft. However, he opted for a career in coaching

and he joined his mentor, Harris, as an assistant coach at then-Philadelphia

Rams to a 21-6 record in his first season. In his second season, Textile posted

yet another 20-win season, going 20-5, but it was his third year as head coach

that made history. After losing two of their first three contests to begin the

Championship. In the title game, the Rams defeated Tennessee State, 76-65, and

the team finished with a 29-2 mark. For the season, the Rams’ average margin of

victory was 24.5 points. In his 42 years as head coach, Magee has taken his team

to the NCAA Tournament 24 times. In addition, he has had 29 twenty-plus win

seasons and one 30-win season. His exploits as a coach have not gone unnoticed,

as his list of awards and achievements can attest: College Division National

All-Americans and 39 1,000 or more point scorers, Kodak District Coach of the

Year, CACC Coach of the Year, Numerous assistant coaches have gone onto head

coaching or assistant coaching positions at the collegiate level, including Bill

Lang at the U.S. Navel Academy, Coached the Olympic Festive team along with John

Calipari, Co-Coach of the Year in the Mideast Collegiate Conference (twice),

Award, Nationally recognized as a shooting expert, has tutored numerous

clinics around the country and in Italy and Puerto Rico. Released two popular

honors include: Inducted into the Philadelphia Sports Hall of Fame (2008),

Nominated for the Naismith Memorial Basketball Hall of Fame (2006, Inducted into

the Philadelphia University Athletic Hall of Fame (2004), Inducted into the

of Fame (2002), Inducted into the West Catholic High School Hall of Fame,

Inducted into the Philadelphia University Hall of Fame (1984), Honored by the

his coaching and playing resume, Magee frequently works with NBA players from

around the league on the art of shooting, including Hall of Famer Charles

school basketball at Philadelphia’s famed West Catholic High, where his

Joseph’s coach Jim Boyle. Magee received a Bachelor of Science in Marketing from

Philadelphia University in 1963 and a Masters in education from St. Joseph’s