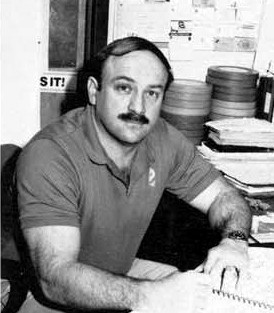 was head football coach at Norristown High. During that tenure he compiled a

football. His teams captured many league championships during that time. While

at Norristown, Grove received many honors, such as District One Coach of the

Year, but none higher than being inducted into the Pennsylvania State Football

Coaches Hall of Fame in 2002. Despite retiring from teaching in 2003, Grove

football staff as an assistant coach. He is responsible for coaching the

quarterbacks and receivers. Neshaminy has evolved into a football powerhouse in

recent years, compiling a 93-29 record in the last decade. 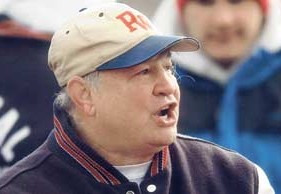 A soft-spoken man who avoided the spotlight, Joe Iacovitti let his football teams

and their winning records do the talking. After a successful stint as defensive

mark. In his first year the Colonials went 9-1-1 and won a league championship.

Iacovitti continued to build the program and in the 1990s, despite often having

to do battle with as few as 35 players on a team, PW became a state powerhouse.

eighth-best during the ‘90s. His teams won seven league championships and one

District One championship during the decade. In 1995 the Colonials were state

semi-finalists. In his 20-year head coaching tenure Iacovitti posted a 166-61-5

record, with 10 league championships. He retired from coaching and teaching in 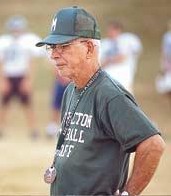 throw-back to another era. When he arrived at Methacton High in the early ‘60s

and an all-conference scat back at North Carolina State. He led the nation in

punt and kickoff returns in 1954. Unfortunately, he was not greeted by the same

level of talent at the new Methacton High. Marinkov braved the lean years and

went to work to build the Warriors into a consistent contender. He took over as

achievement was a District One Championship in 1996. Six times Marinkov was

voted Coach of the Year. As a player he was inducted in the Pennsylvania

Football Hall of Fame in 1974. He also was elected to the National Football

an assistant and head football coach. He also served as the Montgomery County

coaching in his blood for most of his life. 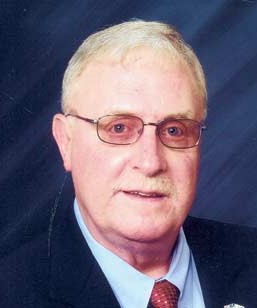 The consummate basketball junkie, Tom McGee grew up in Norristown and graduated from

Bishop Kenrick High School. His first coaching job was in the Norristown School

District as head coach at Rittenhouse Jr. High. He also coached the Eisenhower

Jr. High team. For the next three seasons he spent an important part of his

coaching career as lead scout for Norristown High under another Montgomery

County Coaches Hall of Fame member, Bill Werkiser.  After working with a

1978 at St. Pius X High School in Pottstown. Not known as a basketball power,

St. Pius X took on a new identity immediately under McGee. In his first season

Township team in the final.  For the next 13 years McGee produced a

the title in nine Christmas Tournaments. In 1993 McGee returned home to coach

Norristown High and in a seven-year span produced a 145-48 record, won four

Suburban One Championships, made three State Tournament appearances and captured 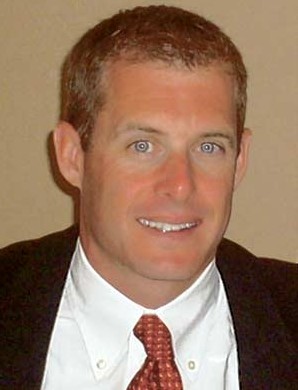 from that sport to enter the Coaches Hall of Fame. In 20 years he has put

together a staggering 346-9 record. During that time La Salle has won three

state final three other times, including the latest appearance in 2010. Add

dominance of the Philadelphia Catholic League under Leahy. His teams have won 16

Catholic League Championships and own a 240-5 record. Leahy played lacrosse in

college and professionally for the Philadelphia Wings before becoming a

full-time coach. He was recognized by the Philadelphia Inquirer as Coach of the

– In terms of longevity, Audrey Verso is easily the junior of all coaches

who have entered the Montgomery County Community Coaches Honor Roll. But in

terms of accomplishments, she ranks right up there with the best. She took a

soccer team almost overnight. She was coaching in the Montgomery recreation

program when she and her husband moved to Souderton. They found a rudimentary

soccer program and immediately made a pledge to develop a first-class program.

Souderton Cyclones rose to a No. 16 ranking in the state. Now the Cyclones’

schedule is one that requires total commitment – from players and coaches. They

play year-round in tournaments, both indoor and out, as well fall and winter

leagues, training sessions and camps. Verso has been the catalyst to this growth. 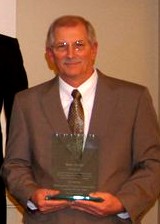 with youth athletics. The one thing he did not learn was how to take a season

football in Plymouth Township. He started in 1980 with Plymouth Little League,

involved with the PW Spartans football program and that became a 14-year term.

In 1986 he discovered what would become his lasting passion, taking the position

of assistant basketball coach at Epiphany of Our Lord. Two years later he

advanced to head coach and has been leading the CYO program ever since, capping

his reign with two Region 21 championships. Also, since 2000, he has served as

County. Coupe was honored in 2003 when he won the Bill O’Nell Award from the

National Federation of Youth Ministry, recognizing service to the youth of the 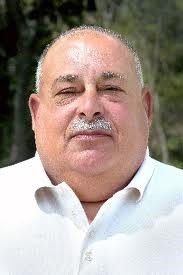 – Chuck Eppolito has been a staple in the Methacton baseball community

for more than 20 years. He has been intimately involved in both the business

side of running the Junior and Senior American Legion programs, as well as

coaching on the field. His organizational skills have long been recognized and

reflected in the efficiency that always marks the Methacton baseball programs.

Methacton puts on the field. One of his greatest accomplishments has been the

continued recruitment of the former players who went through the Methacton

program, to come back and remain involved in the program so that there could be

a continuity of baseball instruction throughout the community. Much of the 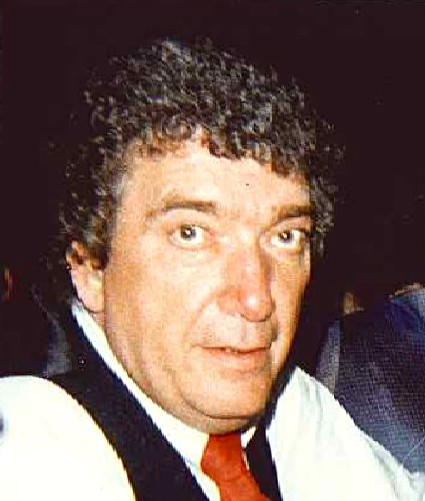 – Involved in youth sports in one way or another since 1968, the late Joe

Ruggiano was a colorful figure whether serving as a coach or an official. He

served as an umpire in baseball and softball, a basketball official at the CYO

through 1994. But it was as a baseball manager that Ruggiano really left his

lasting mark on the community. After breaking in to the coaching ranks in the

sights on establishing a lasting connection. In 1978 he founded the first Upper

years led to a step up to the American Legion program, where he managed from

legend lives on. After retiring to end a string of 21 consecutive years of

coaching baseball, Ruggiano was quoted in a Times Herald story. His quote summed

up his career: “The greatest feeling of being a manager was not the winning or

losing, bt it was the kids that I had coached coming back to visit me whenever

they came home from college, saying, ‘Hey, Ruge, I just wanted to come by and

say hello because I was thinking of you’.” 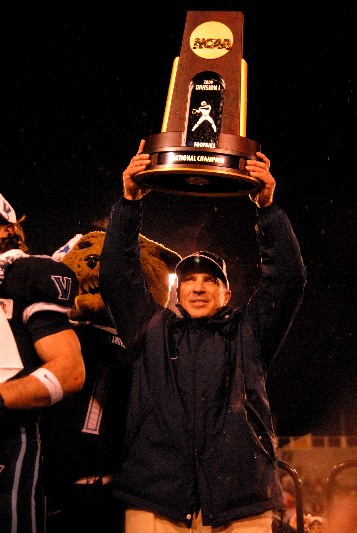 up a national Bone Marrow Transplant program that has saved the lives of many,

of Fame. All one needs to do to understand the reputation that Andy Talley has

other coaches. They will be quick to sing his praises. Penn coach Al Bagnoli

said, “You have to respect Andy for the way his teams play. They are always

well-coached and totally prepared for the game.” Temple coach Al Golden spoke as

much about character as he did about football knowledge when he said, “Class

precedes anything in his organization … I think uncompromising values, the

ability to build an enduring program. Those are the things that I think about,

tri-state area, and here in the Delaware Valley.” Even transcending into other

personal hero of mine. I respected him as a great coach before I came to

know him better.” Talley, who grew up literally next to the Montgomery County

Montgomery County border, is being honored because of his effect on the local

community, the surrounding region and the nation. “There is an overwhelming

respect for Andy Talley from just about anyone you talk to,” said John Pergine,

Washington Redskins. “I’ve seen some pretty good coaches in my day. I played for

179-102-1 overall record, as well as the FCS National Championship the Wildcats

won during last year’s magical 14-1 season. For his efforts he received the AFCA

National Coach of the Year award. He also won that award in 1997, making him the

only coach to win it twice. When notified about this year’s Lifetime Achievement

Award, he was sincerely humble. “I can’t tell you how much this means to me,”

said Talley. “It is the ultimate honor for a coach to be singled out by an

organization dedicated to coaching.” But it was as much for his national success

off the football field that Talley is being honored. The area to which he

dedicates most of his time is the National Bone Marrow Foundation. With this

group, he works to have potential bone marrow donors entered in a national bone

marrow registry, increasing the odds of a needy patient being able to find a

“match” for their bone marrow. Since November 1, 1993, he has been responsible

for over 19,500 people being tested with the National Marrow Donor Program. In

2008, Talley started the “Get In The Game and Save a Life” national bone marrow

levels to take part in this campaign. The group has combined to test over 16,000

work off the gridiron. “When I think of Andy, I think of leadership in the

community and teaching outside of football,” said Golden. “He is teaching life

skills, teaching the value of stewardship, and teaching gratitude and

appreciation. He stresses the value of being part of the community. I think

those are the things that strike me about Andy. He started the (bone marrow)