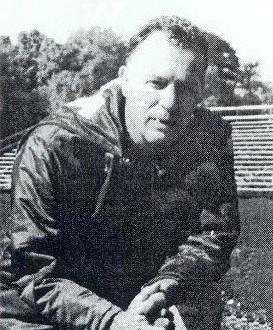 Brennan – Brennan came to the area on a football scholarship

to La Salle College and never left. After his playing days, he became

Lower Merion’s Football Coach from 1953-1969 where his teams

accumulated six undefeated seasons. His teams would not lose a game

with 37 consecutive wins, only to be stopped by Norristown High

inducted into both the Big 33 and LaSalle University Hall of Fames. 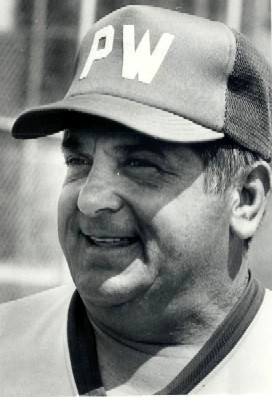 he went on to be Plymouth-Whitemarsh High School’s baseball

coach for 33 years. His teams have amassed 21 league titles, 2 District-1

titles and the PIAA state title in 1994. They have only had one

losing season and the team’s winning percentage during his

tenure is an astounding .698 including a 29 game winning streak.

After stops at Milford Prep in Connecticut and Laney Junior College

in California, he transferred to Miami University where he played

Guard for Howard Schnellenberger’s Hurricanes where they won

the Peach Bowl in 1980. He joined the Hurricane’s Coaching

staff in 1981 and never looked back. Kehoe has been coaching football

at the University of Miami for 24 seasons. His official title is

selections, one Outland Trophy and 16 professional players. He has 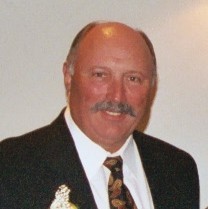 Schaefer – Bob grew up in West Hazelton and has been the

consecutive Suburban One titles and four District-1 titles. The

they captured the ultimate title, winning the PIAA state title,

finishing the year with a 32-1 record. Bob has been tabbed with

numerous Coach of the Year honors.

Wine – Currently employed by the Atlanta Braves as a Scout.

Bobby was a Major League player for 12 years, 8 with the Phillies

and 4 with the Expos. He played over 1100 games and then became

a coach with the Phillies for 12 seasons, including the 1980 World

in Trooper, he volunteers to coach hundreds of youngsters, notably 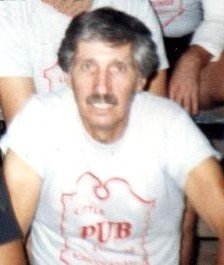 ‘Heels’ Gelet – He is a softball coaching legend in the Norristown

area. He has umpired, coached, managed and directed softball teams

in Montgomery County since 1954. He led J&L Towing to the ASA

of PA Class-C State Softball Championship in 1981. His 1991 Rathbone’s

team finished third in both the ASA and NSA Class-C states. Heels

that endure long after the game is over. Hundreds of games “under

the lights” are played each season at Sullivan “Heels”

Kenrick for 2 years. He rose to become commissioner of Region 21

CYO and was a member if the archdiocese athletic board for 11 years.

area. He coached teams from Knee-Hi through Junior American Legion,

including Chicco Beverage and Phil Melnick’s Esso in the Civic League.

His Gilbert’s Clothing Store team won the city championship in 1950. 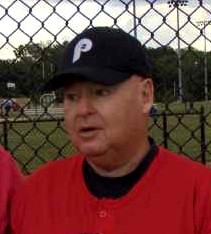 – Sal has coached and managed for 38 years. His accomplishments

include compiling more than 600 victories and 11 league titles as

baseball team. He was inducted into the American Legion Sports Hall

Richet – Willie is a captain in the Norristown Police Department‚

than 30 years, starting in the basketball program, then graduated

to the position of executive director of PAL. Was cited as the Police

Officer of the Year in 1982 by the American Federation of Police.

he also was honored with the Outstanding Law Enforcement Award in

1992. He started running basketball programs with youth from Norristown

and the surrounding areas. He has also coached adult teams in the

Norristown Civic and Church Leagues for many years. 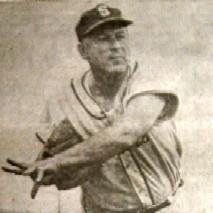 Charlie Romanowski – He founded and coached the Souderton His Nibs

football team of the Big Six Conference in 1946. He was the founder

of the Souderton Midget Football program in the 60’s, where he also

coached for 20 years. Romanowski went on to bring the Souderton

Warriors into the Perkiomen Valley Twilight League in the late 1940s

and managed them for more than 30 years. He has been inducted into

Hall of Fame. He also has a field in Telford named in his honor. 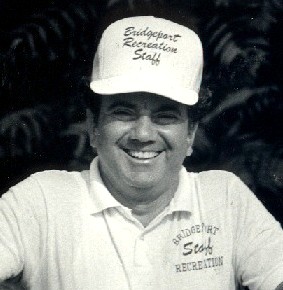 ‘Chief’ Rotundo – The Chief is synonymous with Bridgeport

50 years, also serving as Bridgeport’s Director of Recreation for

20 years. He was the founding member of the Bridgeport Hall of Fame.

master, Softball Director and Sports Coordinator. He has received

numerous awards from the Distinguished Service Award of Special

Education to Community Service Awards to Educator of the Year Award

from Penn State University to the Valley Forge Optimist Club for